Childhood Worm is an antagonist in Sweet Dreams. Not much is known about it for right now other than it's appearance, more information will be added when new information on the game is revealed or as Lui said, when the game comes out. 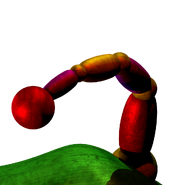 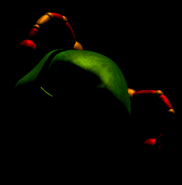 Add a photo to this gallery
Retrieved from "https://sweetdreamsofficial.fandom.com/wiki/Childhood_Worm?oldid=1166"
Community content is available under CC-BY-SA unless otherwise noted.